Tour around fish processing facility in Gaženica and fish farms

Adris Group is present in healthy food sector with its company Cromaris d.d. which is the largest producer of white fish in the Adriatic. Adris entered into healthy food business in 2008 and 2009 by taking over Cenmar, Marimirna, Marikultura Istria and Bisage companies and merging them into Cromaris.    Cromaris is now the leading Croatian and one of the 15 largest world producers of white fish. In the last five years Cromaris quadrupled its sales. Today’s production is around 4.000 tons of fish, Cromaris sales grew at a rate of 35-40% in 2013. The plan for 2014 is the production of 5.000 tonnes and positioning among 10 largest white fish farmers in the Mediterranean.   More than 65% of Cromaris production is exported, mainly to Italy, the largest sea bass and sea bream market in the world. In addition to Italy, Cromaris exports its products to Slovenia, Poland, Czech Republic, Austria, Hungary, Bosnia and Herzegovina, Serbia and Montenegro, as Goran Markulin Cromaris CEO reported today at the meeting with press. He pointed out that during the last four years in a strong investment cycle production capacity of Cromaris have been significantly modernized.   – Cromaris invested in modern technology more than 200 million KN. Existing farms, Košara, Lamjana Budava and Lim Bay are equipped with the most modern equipment, and in 2013 a new farm Velo Žalo has been set up as well. A new processing and dispatch center was built in Gaženica near Zadar. Today, Cromaris owns the largest aquaculture ship in the Adriatic. The project of Nin hatchery modernization has been underway as well, said Markulin.    The most important competitive advantage of Cromaris is freshness and quality of the product, which is highly recognized by the customers. The fresh fish is delivered to the customer within 24 hours of the harvesting from the sea. Besides fresh fish – sea bass, sea bream, meagre, dentex and porgy – Cromaris also produces shellfish and delicatessen products.    Cromaris, as a significant contributor to Croatia’s production and export industry already, plans to increase production up to 10.000 tonnes per year and affirm its position among the world’s largest white fish producers. 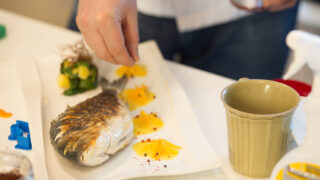 Cromaris is a proud partner of the third “Cook Awards”, the prestigious international award organized by the renowned Italian culinary…

At the General Assembly of FEAP (Federation of European Aquaculture Producers) held on 3 November 2020, the CEO of Cromaris,… 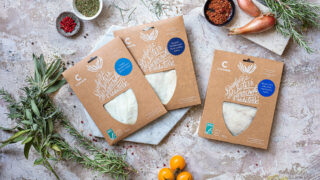 Cromaris smoked fillets as an exquisite Mediterranean treat are now presented in a new redesigned packaging, completing the new Cromaris…